Most people immediately have an inner picture, if the term tango comes up. Might be people dancing lasciviously in dark gin mills, couples dancing with rather hard movements in glamorous ballrooms – maybe even with a rose between the teeth – or the famous tango danced by Al Pacino as the blind Lieutenant Colonel Frank Slade in “Scent of a Woman”. Some may have experienced tango in the streets of Buenos Aires in certain saloons and others in shows on stage or on television. Depending on what one has seen, this picture will have a different shape but mostly bound to be one-dimensional.

In dancing the tango has found different forms of expression: the classical tango de salon, the rather as small as possible danced milonguero style or in rather excessive movements as in the style of Neotango. There are supporters for every single form and the transition between the styles is rather fluent. In this way the tango offers space and possibilities to express all sorts of different needs. 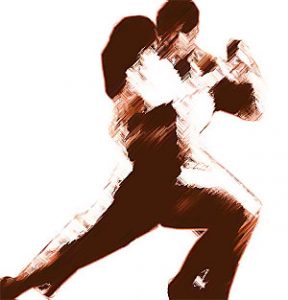 The tango itself is much more than only the dance. For instance the music, a variety of imported European and African musical elements, was mixed up with rhythms and sounds of the local folklore and therefore developed to a potpourri of stylistic elements, which is overwhelming.

That’s how tango unites the peoples of the utmost different regions worldwide in a very special manner. No wonder tango was declared world cultural heritage by the UNESCO in 2009.

End of 19th/beginning of 20th century starts the history of tango in the area of the delta of the Rio de la Plata between Argentina and Uruguay. That’s why tango should be called correctly Tango Rioplatense.  There are several epochs of the tango that accentuate different aspects of the dance. Every epoch is fascinating and has its own charm. Which epoch and as a consequence, which style someone likes or dislikes, is in the eye of the beholder.

Very similar to classical music tango music follows precise structures. But thanks to the great number of different musical influences , tango music developed a wide range of sounds and rhythmical elements which invite to interpretation. A subdivision of rhythms in only tango, milonga and tangovals would be insufficient.

Who wants to read more about tango music, musical interpretation of different orchestras and composers will enjoy the following literature: